I don’t even know where to start… What a day we had watching Forest Green Rovers play against Bristol City! It was brilliant to be the official sponsors of the game and then to have FGR win in the end was the cherry on top! Here is my account of experience I had.

We arrived at New Lawns Stadium well before the match begun so we could get ourselves sorted and have something to eat. When arriving we were greeted by Paula Brown, Head of Partnerships at FGR, who showed us around. Paula was a huge help as despite how busy she was managing, The Daily Mail and many other partners, she made sure that we were able to get some great content for socials on the day! We got taken around the grounds and we got to see FGR’s perfectly kept pitch. It’s almost as green as their shirts! We also took some photos in front of the pitch, featuring the new SKOOT LEDs, and the brand new SKOOT sponsored training kit.

When coming back to the box Dan, SKOOT’s Product Director, and I got to network with some of FGR’s other partners and it was so interesting finding out how each partner helps FGR become more sustainable. For example, we met the company Stir and Ecomofo who both help FGR become more sustainable by providing products ranging from sustainable teas and coffees to sustainably sourced vegan grooming products. It was an amazing experience as a junior member of the team to network with people at all different levels understanding how their businesses operate and thinking about other partnerships SKOOT could potentially have.

We had a VIP Dining experience to watch the game which included some great perks like our own parking bay, table seats in a box, a buffet, complimentary drinks and more. We were joined by some of FGRs biggest fans and season ticket holders in our room. At around 5:30 the food started to arrive and I was pretty peckish at this point! We were served a Mezze platter and falafels with sweat potato fries. It was delicious and it didn’t take long before it was all devoured! We were able to help ourselves to free drinks all night and the catering team were very accommodating from making sure the food was to our liking and getting us our drinks order before half time so we missed the queues!

There was so much content that I wanted to capture on the day. One of the most exciting things going on was we had the SKOOT wrapped Adverttu cars swarm the stadium. They drove up and down the street whilst people were still entering and showed off the awesome SKOOT branding. At halftime, they managed to park up right outside the stadium when the crowds had gone in and we captured some cool content of the cars in front of the stadium. See for yourself in the image below.

It was a tense game as FGR knew they had to put on a big fight if they were going to win this match as Bristol City are in the champions league, where as FGR are in League 2. That didn’t seem to scare them off and in the 12th minute Jamille Matt scored! It was an incredible experience to hear and watch the fans all suddenly jump up and scream when he had scored the goal. Shortly after this Bristol City scored too and it was 1 all!

After half time, the suspense could be felt in the air. Waiting to see who would score the next goal. In the 67th minute, Bristol City scored. I couldn’t watch — it was so nerve-racking. 6 minutes was added due to injury time and it was in these few minutes that the equaliser was scored! With just one minute to go FGR managed to bag themselves a goal.

The match went on to penalties and the team gave a very strong performance as they managed to draw once again against Bristol. This meant sudden death — and we all felt the pressure! Finally, on the 7th penalty, Bristol City missed meaning FGR won and the crowd roared! After that nail-biting performance, we got taken down to meet the captain, Jamille Matt, who was also our chosen man of the match! He played an outstanding game.

It’s great to see all the faces behind our wonderful partnership with FGR. Understanding how the team operates behind all the talented players! We are grateful to have such a unique partnership with a club that believes sustainability is the only way forward. Thank you FGR for an amazing night! We can’t wait to head back down to the stadium again and growing this partnership. Now it’s time to distribute the FGR training kit amongst the SKOOT team — probably one of the coolest kits we have seen!

The Future of SKOOT 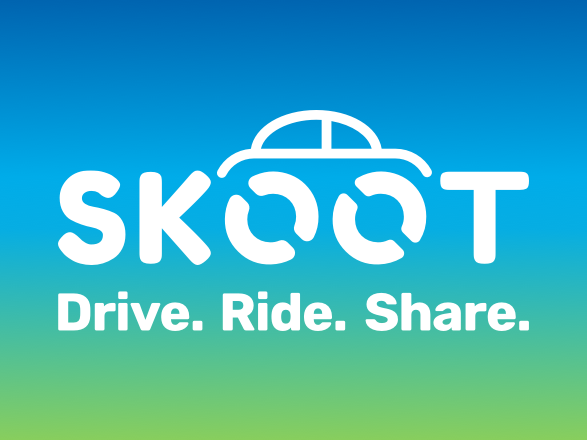 Community is at the heart of SKOOT. 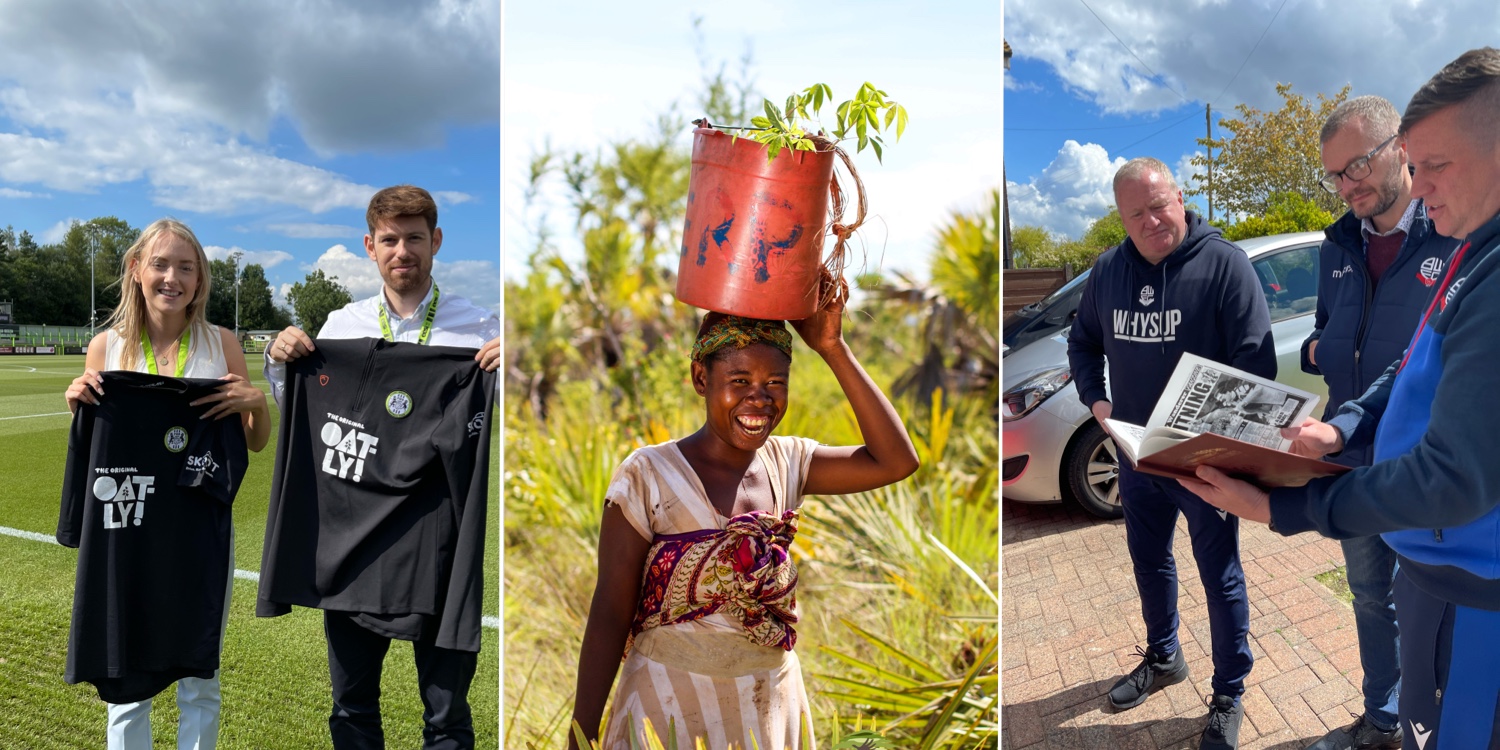 What a day we had watching Forest Green Rovers 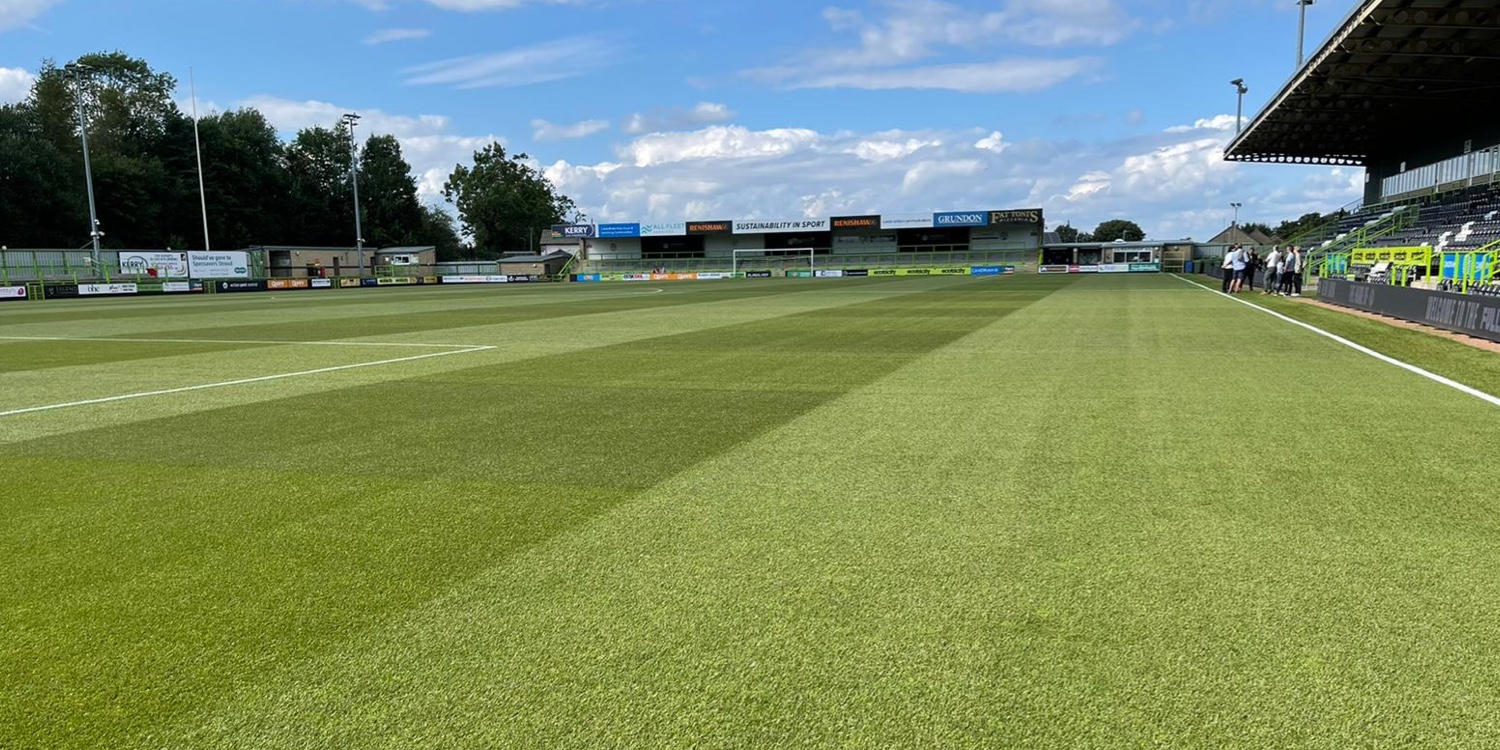 There’s a lot happening at SKOOT
and we certainly don’t want you to miss out!
Thank you! We'll be in touch with any new updates